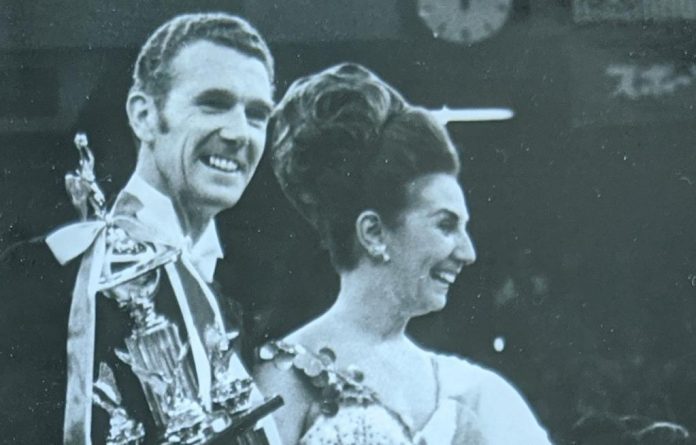 Peter Eggleton starting dancing at a stage school as a teenager and then decided to take up Ballroom Dancing. He could therefore use his stage training for great effect and developed an elegance that has never been surpassed.
He trained with the greats Josephine Bradley , Phyllis Haylor & Len Colyer and he became
British and World Amateur Ballroom Champion dancing with Diana Gradwell.

He retired to Tampa Florida and continued to teach into his very old age.

Peter Eggleton was 95 on the 1st March this year and passed away peacefully not long after his wife Pamela.

The President and officers of the WDC feel extremely saddened by the departure of yet another Ballroom Dancing Professional Ballroom Champion legend and offer their sincerest condolences to all family and friends of this most amazing man and dancer.

Hannes Emrich
on behalf of the WDC President and officers.