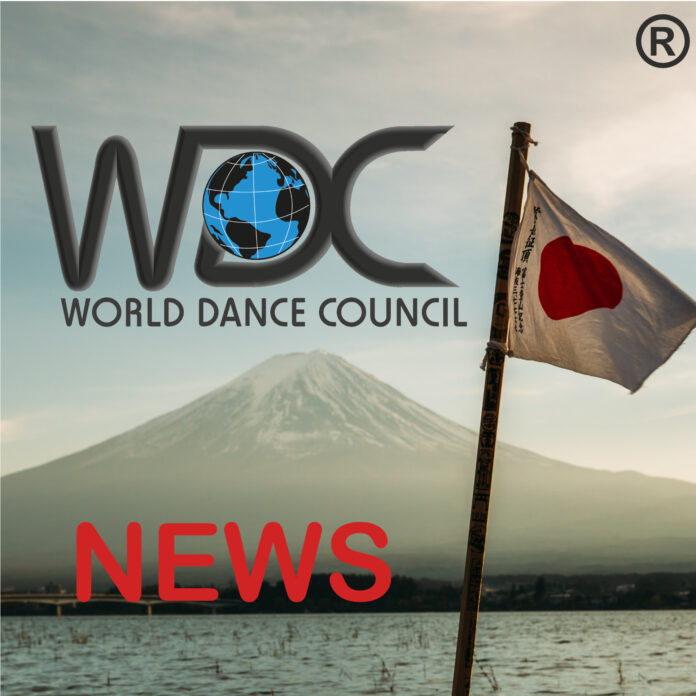 Remember the halcyon days of 1982?

“Ebony and Ivory” by Steve Wonder and Paul McCartney  and “Physical by Olivia Newton-John, which each logged four weeks at number-one, were the hits of the year!

Moreover, connoisseurs of our beloved dance world and those “of a certain age and status” will recall Bill and Bobbie Irvine MBE and Nina Hunt along with Rudi Trautz adjudicating at the World- famous Budokan Hall in Tokyo, not one, but BOTH WDC World Professional Championships in the same weekend, with the Latin on the Saturday and the Ballroom on Sunday.

The former was won by ESPEN and KIRSTEN SALBERG and the latter by none other than MICHAEL and VICKI BARR.

“Those days will never return”.

Unrivalled history and excellence is embodied in these WDC World Championships like no other.

WDC is proud and happy that the ongoing recovery from the pandemic and the strong ties to JBDF, (the Japan Dancers Federation) have made it possible for this historic double World Championship to take place and we would like to thank Mrs Motoko Inagawa (President)and Mr Uchida and the entire JBDF Executive for their initiative and loyalty.

Our family in Japan have taken the post pandemic dance world by the scruff of the neck and elevated dancing, dancers, fans and Japan.

When the history books of dance are written you will be remembered and revered forever.

Get entered – Get voting and be part of the first...