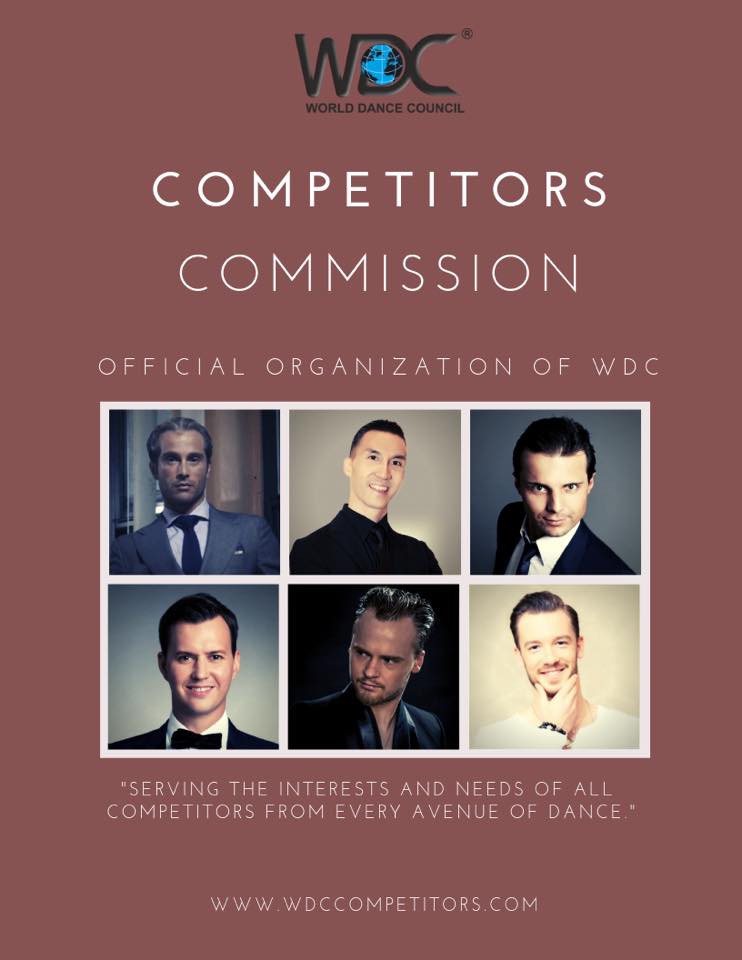 Press Release – Foundation of the All – New WDC Competitors Commission to be wholly funded by WDC !

As you might be aware, also in part from the WDC Press Release in February 2018, the WDC Board of Directors has dissolved the WDC Competitors Commission in its former format, due to various ongoing issues at that time.

The WDC Board of Directors feels, that the WDC Competitors and WDC AL Competitors cannot be left any longer without proper representation and are therefore excited and delighted in announcing the launch of the NEW WDC Competitors Commission with immediate effect.

Whilst undertaking this hugely important task, the Board of Directors decided to start with a blank sheet of paper and design and structure an entirely new “fit for purpose” system to benefit the 2018-2025 developments in the dance world. As many of you may know, the original Competitors Commission was developed for a system which was extant in the 1980’s!

This all-new Commission will therefore include Competitor representatives from all WDC competitive styles of current interests and activity, such as Ballroom, Latin – American, Smooth, Rhythm, and WDC AL Amateurs as well as Pro-Am representatives, and will for the very first time, be wholly funded by the World Dance Council from the Licensing monies received.

It seems only right!

The WDC is excited to announce that the Commission will be funded by the WDC with 2 British Pounds out of every Competitors Registration received, in order to have a budget for their good work. Also they will be represented on the Competitive Dance Executive Board with 2 appointed representatives, holding one vote on the CDEB.

The WDC is therefore thrilled and delighted to also announce that the Top Professional Competitors appointed to head the NEW WDC Competitors Commission are Riccardo Cocchi (Professional Latin), Victor Fung (Professional Ballroom), Klemen Prasnikar (Amateur Latin), amongst many other top competitors, that have joined the Executive Committee of the new Commission.

Future appointments for all other styles will be advised very soon.

Two of the immediate tasks upon which the new body will deliberate will be plans for a WDC Competitors Commission and WDC World Dance Awards Dinner and Dance held in the Spanish Halls in Blackpool on Thursday, 23rd May 2019. More details on this exciting evening will be published in due course.

The first however… the bone of contention.. WADA and drug-testing requirements and the way ahead.

We truly look forward to updating you on their progress as we embark on this new and exciting era which is truly reflective of Competitors’ concerns in the new arena of diverse dance activities and fit for the pathways ahead.

The WDC Board of Directors