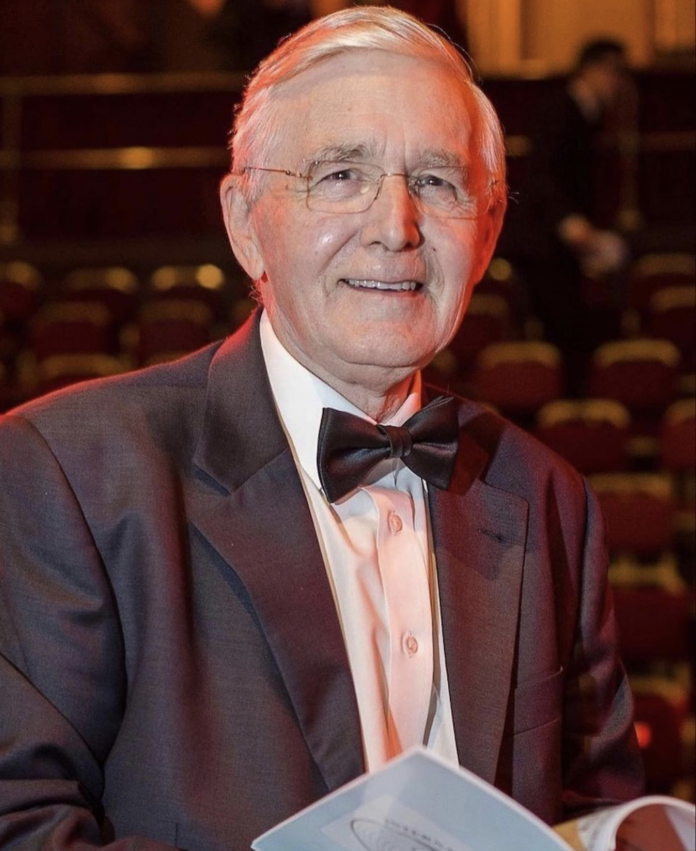 The entire dance world is in mourning this week. In a troubled world, and already with huge losses in 2022, life has robbed us of another wonderful gift, in the form of Mr. John Leach.

John lived in Manchester and was a pupil and personal friend of the great Bob Dale.

He was a prolific competition organiser in the North of England. With his “one in a million” wife, Arlene, they became involved with Bobby Short and pioneered the famous “Dance News trips” into Europe.

This evolved into the European “stomping ground”, the character-building trips which laid the foundation of so many dance careers and icons of today. Indeed, not by plane, but by car- from Manchester to central and eastern Europe, these bastions of camaraderie and resilience would take on the European continent in a red Peugeot estate!

As John spent more and more time on these trips and wrote reports for Dance News, John and Arlene decided to move to Godalming in Surrey to work for Dance News, both in the newspaper and as part of the organising team.

After Bobby Short’s death, John became the editor of Dance News and together with Linda Short and Arlene became the mainstay of the Dance News events system, and the Dance Promoters Association.

For decades he was the counsel, mentor and friend to an absolute multitude of dancers, organisers, champions and adjudicators both in Great Britain, and all over the world.

John and Arlene established themselves as both wise, kind and yet astute advisors to so many, always happy to work behind the scenes, never seeking limelight, and always available to mentor and advise. Salt of the earth, grounded and yet shrewd, John was loyal and trusted.

John was the real grey eminence and there was very little that he was unaware of in our world of Dance. His idea was about fairness, balance and the good of the dance industry in the long run, an attitude that will be sorely missed in this wave of destructive politics, and fake News social media campaigns of recent times.

Most of all John was a really nice good-hearted human being, and somebody whom we are certain has left a void in passing.

Our sincere condolences go out to Arlene, Linda, his son Philip and his family

On behalf of the WDC President and officers

Disclaimer to be Signed by all WDC Competitors, Adjudicators & Officials

CURRENT CANCELLATIONS AND UPDATE ON RUNNING WDC CHAMPIONSHIPS FOR 2020 &...